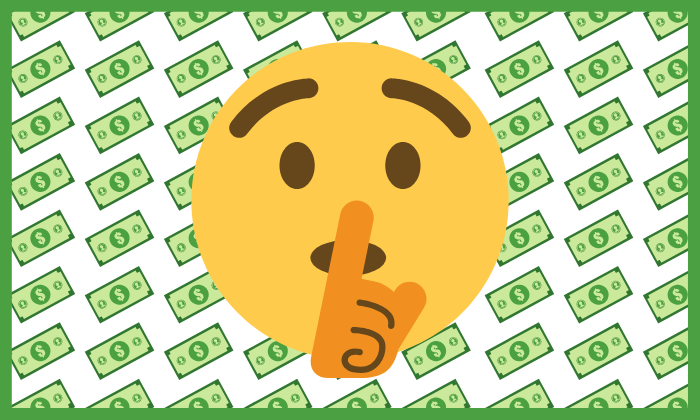 My trigger to stop being so secretive about money occurred in a Palm Springs hot tub, while my sister and I were parboiling ourselves under a clump of shaggily glamorous palm trees. She is 61, I’m 59, and we were talking about money for the first time since the days when our “salaries” came in the form of weekly allowance from someone we called Mommy. Which is to say, we were having a meaningful money discussion for the first time in a half century.

“How much do you make?” she asked. I told her. I asked her the same question. She answered it. “Oh, O.K.,” we said simultaneously.

And then, as if we had walked through a heretofore unseen wall, we started talk openly about all sorts of money matters: how much money the family lost after the IRS caught up with some early-80s tax-filing shenanigans; “Mommy’s” financial situation; how much we had saved for retirement, and so on.

Our family’s relationship with money was complicated, but the central message I gleaned over the years was: Money isn’t important. Also, to quote Seneca the Younger, a Roman philosopher born in 4 BC: It is noble to be poor. And always: But let’s not talk about it.

But when women don’t discuss money, gender-biased thinking is perpetuated. For instance: that the world of money belongs to men. That women are too emotional—and immature—when it comes to money, hiding shoe and handbag purchases from their husbands, to cite just one hideous trope. That women don’t understand finances, investing, retirement funding.

Sallie Krawcheck, for one, has some thoughts about these biases. “That’s some societal money taboo bullshit,” declares the blog created for Ellevest, which is the investment platform for women founded by Krawcheck, who held the title of CEO at firms that were, at one time, three of Wall Street’s biggest sausage parties: Merrill Lynch, Citi Wealth Management and Smith Barney.

The stat that’s at the heart of the problem: 61 percent of women would rather talk about their own deaths than about money, according to 2018 Merrill Lynch research. Worse still, another study shows that parents treat sons differently than daughters when it comes to talking about money. One finding by the survey of 1,000 parents: Respondents were more likely to teach their daughters fiscal restraint, while their sons were more likely to be taught about building wealth.

You know what else doesn’t help? Less than 1 percent of editorial in last year’s March issues of the top 17 womens’ magazine covered personal finance. Just five measly pages out of 1,594 pages of content. “Women’s media does not often contribute to smart and open dialogue about money, lifelong financial planning and investing questions and needs,” wrote Lorna Sabbia, head of Retirement & Personal Wealth Solutions at Bank of America Merrill Lynch, in the introduction she wrote to the Merrill Lynch research cited above.

To paraphrase Krawcheck, “that’s some next level societal money bullshit.”

Here’s why I’m not revealing those things. If I were to tell you my compensation comes in at, say, $35,000 a year, and I’ve got around $15,000 in retirement funding, it would inform the way you think of me. By contrast, if I threw a handful of zeroes on the back of those numbers, putting my salary at $350,000 and gold years savings at a sweet $1.5 million, you’d think something else. Maybe I’d rise in your estimation (“she’s killing it!”) or lower (“yeah, but she probably has some super capitalist morally questionable job”). Whatever, there’d be a judgment.

I know this because I’ve judged.

True story: In Florida, I played tennis with a woman who shared her very full schedule of weekly clinics with a pro, which meant she was spending a lot of time and money on her game. It showed; she crushed me on the court. She also mentioned her financier husband was speaking at Davos. I Googled him and he makes $10 million a year, which helped me post-rationalize the loss of the match: Well, of course she’s better than me, I thought. She doesn’t have to work.

See, I’m judging her, based on a number: 10 million. I’m poor, compared to Tennis Barbie (that’s how I thought of her). Which makes me want to believe Seneca the Younger. That there’s some nobility in my relative poverty, something along the lines of, I may be a crappy tennis player, but I am extremely noble.

But now I say, screw Seneca (who, by the way, was a very rich man). Can we, as women, think more like Sallie? Or Suze? Or Kathy Murphy, Fidelity’s president of personal investing? Can we stop with the silent judging? Can we try to own discussions around money and, more importantly, own our own money? Let’s try that, starting with some solid advice from four of the best female money minds in the business.

Suze Orman, via Fast Company: “Women will always think, especially if they have children, that their money is for their parents, their spouses, their brothers, their sisters, their pets…Men, on the other hand, know absolutely that the money that they make is for them; they don’t have trouble saying no, they have no problem keeping it for themselves, investing it for themselves, and not sharing it with their spouses.”

Invest it — you have the skillset.

Fidelity’s Kathy Murphy, via Business Insider: “Beneath women’s reticence to talk about money lies a lack of confidence in their knowledge of financial planning and investing. This lack of confidence is really self-imposed. Our analysis of more than 12 million investors shows that women actually demonstrated stronger saving rates than their male counterparts and enjoyed better long-term investment performance.”

Talk about it — it will affect change.

Ellevest’s Sallie Krawcheck, via her #disruptmoney manifesto: “We will change the money game by disrupting societal expectations that talking about money is ‘unladylike.’ We will talk about money with friends, partners, colleagues, family. We will talk to our daughters and nieces about it. We will talk about it at the dinner table. We will normalize these discussions and, thus, collectively, give ourselves the information we need to close our gender money gaps.”

Diane di Costanzo is the VP/editorial content director at the Foundry, Meredith’s branded content agency. The original version of this piece appeared April 30, 2019 on Tue/Night.

We asked Nasdaq CEO Adena Friedman what she thought of California's law requiring public companies to have at least one...

Wall Street’s big bank big-wigs will soon have a new executive among them and, unlike the rest of them, she... 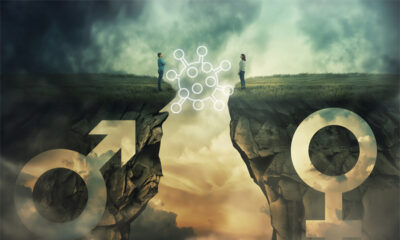 What the ‘do nothing’ approach to worsening gender inequality looks like

The pandemic-induced widening of the worldwide gender gap is a major threat to the global economy, according to a recent... 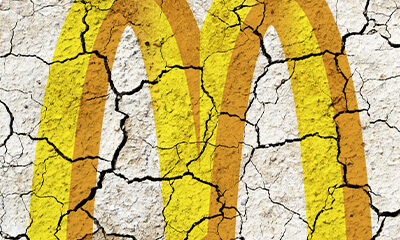 "When Becky Yells at You" is a must-read excerpt from Shayla Lawson's new book that focuses on her experience as...

Let it be known that we totally binge-watched the entire "Mrs. America" series in oh about 3.2 seconds. Let it also...

And then there were 38. Bleach behemoth Clorox just announced the promotion of Linda Rendle to CEO and a member...