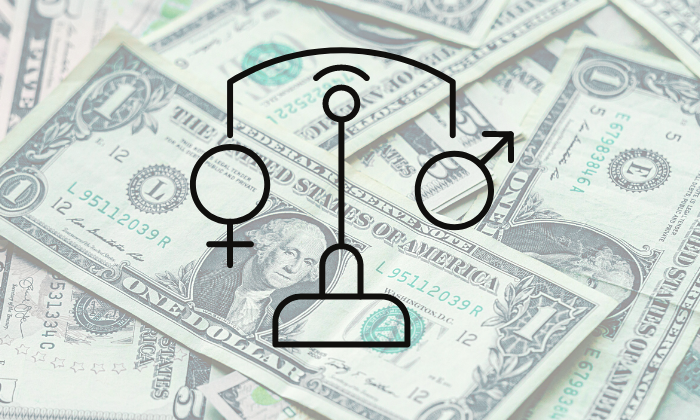 By Chabeli Carrazana, Originally published by The 19th — For Asian American and Pacific Islander women who have long felt invisible in the nation’s response to economic inequity, the pandemic has been no different.

The federal data on how Asian women are navigating this crisis has been incomplete at best and misleading at worst. For years, lack of data has failed to capture the Asian experience in the economy, and during a pandemic recession, that reality and misunderstanding could be detrimental.

Tuesday marks Asian American and Pacific Islander (AAPI)  Women’s Equal Pay Day, noting the moment when these women will catch up to the wages white men made the year prior. It takes them about 14 months to bridge the gap that finds them earning, on average, 85 cents for every dollar white men earned in 2020.

By this measure, AAPI women have the narrowest gender gap of any group of women, including white women, for whom the gap is 79 cents on the white male dollar. But that number, much like a lot of the data on Asian women, is a misleading figure.

“The data collection on our community has been abysmal — it has always been,” said Sung Yeon Choimorrow, executive director of the National Asian Pacific American Women’s Forum. “Some people are making as little as 52 cents on the white male dollar, and when you are being treated like they’re making 85 cents … it can be very frustrating and difficult because they’re not able to get the services and the support that they need.”

Within AAPI communities, there are wide disparities between women of different ethnic backgrounds. Burmese women are making as little as 52 cents, while Taiwanese women earn $1.21 compared on the $1 white men earn. That creates a wide chasm that lands AAPI women as a group on the 85-cent figure. And it fails to account for the differences in the kinds of jobs Asian women perform.

AAPI women are highly concentrated on either side of the job pay spectrum — as beauticians and service workers on the low-pay side and in medicine and tech fields on the high-pay side. White women, for example, are more of a bell curve, with more work concentrated in the middle, said Diane Lim, an economist and author of the EconomistMom blog.

“Finding any kind of average for Asian women, and using that to evaluate how Asian women are doing in the economy, is really not representative,” Lim said.

It’s important to understand that nuance, because without it, it’s near impossible to craft policy that helps Asian American women.

“Being lumped into this category of being doctors and engineers — that makes it very difficult to access resources and support,” Choimorrow said.

That’s especially important in a pandemic that still sees high unemployment rates for Asian American women when compared to other groups. They trailed behind white women at 6 percent unemployment in February, and have seen their unemployment rate rise at times. In January, it was 7.9 percent.

The figures published by the Bureau of Labor Statistics for Asian American women aren’t seasonally adjusted as they are for white and Black women and Latinas, because the sample size is much smaller. The data is not available monthly for Native Hawaiian or other Pacific Islander women at all, but rather annually. It also isn’t adjusted for seasonal trends and it captures people ages 16 and up. The typical unemployment rate statistics economists cite for other races are for those ages 20 and up.

That makes it difficult to compare across groups and create a picture of what’s really happening.

Asian American women continue to have higher unemployment rates than Asian American men, in part because of cultural and traditional gender roles, as well as multigenerational family structures and likely a closer adherence to safety precautions around the coronavirus. Latinas also have a higher unemployment rate than Latinos, but that dynamic has flipped for white women and Black women, with men having the higher rate.

Those two things have led some Asian American families to choose to keep their kids in remote school rather than return in person to keep older and more vulnerable family members safe. When children are home long-term, the pandemic has demonstrated that tends to lead to women leaving the labor force in order to pick up more of the child care.

Add to that mounting public harassment that grew in early 2020 after former President Donald Trump used language that some say inflamed xenophobia and has swelled into a wave of violence against Asian Americans that has turned fatal in at least one case.

Choimorrow said that earlier in the pandemic, she surveyed her staff about whether they felt it was safe to return to work in person.

“They didn’t want to go back to work because they were afraid of public harassment. Their number one reason for not wanting to commute to work was having to take public transit and not knowing their safety,” she said. “They were more afraid of anti-Asian American sentiment than they were of catching the virus.”

When all of those elements are put together, it’s not particularly surprising the Asian American women have been one of the groups with the highest rate of long-term unemployment — those unemployed for more than six months.

As of January, 38 percent of Asian American women have been counted as part of the long-term unemployed, according to data analysis by the National Women’s Law Center. Unemployed Asian women have typically been looking for work for four weeks longer than white men.

About one in four AAPI women work in frontline jobs, as pharmacists, servers, beauticians, dental assistants and child care workers — many of the fields that have cut positions. At the worst of the pandemic, in May, Asian American women’s unemployment was 16.4 percent, one of the worst rates among women of color. Latina unemployment peaked at 20.1 percent in April and Black women’s unemployment got as high as 16.6 percent in May. White women unemployment never surpassed 15 percent.

For years, granular data collection of Asian Americans has been waved off as too costly, “an analytical luxury,” Lim said. But perhaps the pandemic will change that course, making the case for getting understanding what is really happening in communities of color.

The interagency effort would include the Office of Management and Budget, Treasury Secretary Janet Yellen and Chair of the Council of Economic Advisers Cecilia Rouse. It would be led by the chief statistician and chief technology officer, positions that at the moment remain vacant. The administration has not announced any updates on the program and the White House did not respond to a request for comment on it.

But it may still be coming. In her confirmation hearing, Rouse talked about her interest in better data collection to address racial disparities.

“Too often economists focus on average outcomes,” she said. “As a result, our analyses tell us about average economic growth and the middle of the distribution. But as our economy grows more and more unequal, that analysis fails to capture the experience of the many people who are left behind, particularly people of color.”

The argument for AAPI women, Lim said, is that even though they are a comparatively smaller part of the population, they play a significant role in industries that are the fastest-growing sectors of the economy, including hospitality, health care and computer science.

She said she has hope that the Biden administration will begin to realize that fact. Though creating new survey models and sample methodology will take time, it could help better understand trends in the macroeconomy.

“Just because [AAPI women] are a small part of the population,” she said, “doesn’t mean they have a small influence.”

Well that was disappointing. Senate Republicans have been blocking the Paycheck Fairness Act since it was first introduced in the...

Boss Betty✊ newsletter: Can we all be like Venus? + Top news of the week

Goin’ into Memorial Day Weekend like  👑🏆#❶ Whether you’re grilling up fake meat burgers or some chicken kebabs or whatever other...

In hell-to-the-no news (perhaps too broad a category?), Burger King got fileted for its (since deleted) “Women Belong in the Kitchen”...

If your social circle includes educators and/or nonprofit employees, it’s highly likely that you know someone whose future financial well-being...