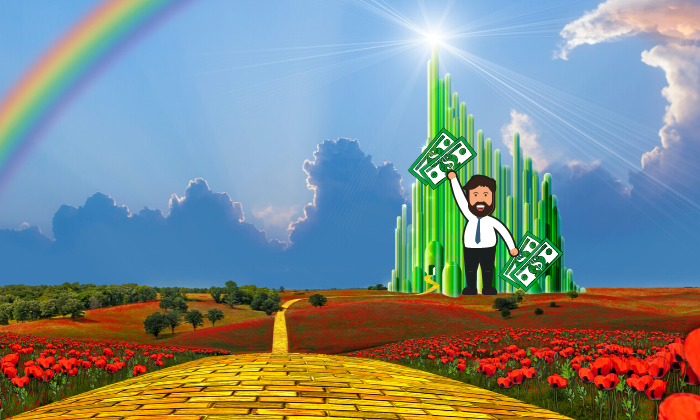 Follow the yellow brick road — er, the money — and you’ll find that at the end of it, the Wizard of Oz (in this case, the Small Business Administration) is largely doling out big federal rescue dollars to male-owned companies.

The Trump administration, capitulating to public pressure, finally pulled back the curtain Monday on the 657,000 firms that have received sizable (over $150,000) Paycheck Protection Program loans so far amidst the pandemic-driven economic plunge. The big reveal showed that while about 40 percent of U.S. businesses are owned by women, just 16 percent of firms providing demographic data are female-owned.

This is, of course, because men still dominate big business. Male-owned companies are typically much larger than those started by women (we’ll save the “why” for later, but in a super tiny nutshell, systemic sexism that limits access to capital, among 5 billion other factors), and therefore they are overrepresented in the segment of companies receiving loans over $150,000. The SBA has not yet responded to a request for the gender breakdown of the lower tier payouts.

Just over 31,000 of the businesses getting PPP aid self-identified as being owned by a woman, about 159,000 identified as male-owned and the remainder chose not to reveal the gender of their owners. There were no gender options listed other than female and male.

The money at stake here is nothing to sniff at — the PPP has guaranteed forgivable loans worth over $521 billion to date, according to the SBA, and there’s close to $132 billion in funding still available.

While the hugely skewed gender breakdown among the loan recipients is basically just a symptom of our patriarchal society, the program on the whole has been subject to questions about how well it serves the underserved.

“90% of minority- and women-owned businesses, small businesses, did not get access to the PPP,” Sen. Kamala Harris told ABC News in early June. A lack of existing relationships with big commercial lenders is frequently cited as a major reason for why these businesses did not proportionally benefit from the program.

Several class-action lawsuits filed after the first round of PPP loans (averaging around $206,000 a pop) were rolled out claimed that banks looking to boost their bottom lines were heavily prioritizing the biggest loan applications. And, following a request from Congress, the SBA Inspector General reviewed the PPP and issued a report in May saying the implementation of the program did not properly prioritize underserved markets.

The evidence of how institutional sexism continues to manifest itself in business is far from the only inequity laid bare by the PPP data. When you drill down into the female-owned companies receiving federal aid, the overwhelming majority of those that provided data for the race/ethnicity category identified as white women.

The analysis showed that of those reporting that information, 80 percent were  white, 8.7 percent Asian, 7.5 percent Hispanic, 2.6 percent Black and under 1 percent American Indian or Alaska Native, per SBA classifications. Roughly half of the firms did not disclose race/ethnicity data.