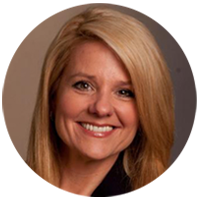 Job in a nutshell: As president and COO of Elon Musk’s space exploration company, SpaceX, Shotwell oversees the day-to-day operations and growth efforts of the 6,000-employee organization. Her purview includes everything from sales, manufacturing and launch operations to government and finance.

Notable work history: Shotwell started at SpaceX in 2002 as one of the company’s first dozen employees. Prior to that, she was manager of the Space Systems Division at Microcosm, a small woman-founded company focused on affordable space missions. Before Microcosm, she spent a decade at The Aerospace Corporation, where she was the chief engineer of a Medium Launch Vehicle-class satellite program. One of her first jobs was with Chrysler Motors in Detroit.

What sparked her interest in engineering: In 1979, a high-school age Shotwell attended a Society of Women Engineers event. “I was a grumpy teenager. I didn’t want to be at that event. But, there was a female mechanical engineer that sat on the panel,” the exec told Satellite Today. “She owned her own company, she was developing construction materials that were environmentally friendly, [and] she also had a play with solar energy. I was fascinated with what she did but I also loved her suit … I left that event thinking I could be a mechanical engineer.”

On the gender gap in engineering: “I think it’s important to be as public as I can afford to be and to hopefully inspire women to join me in this incredible field,” Shotwell told CNBC in 2018. A few years prior to that, she told Satellite Today that the industry was “missing women in important middle management roles. That is the test bed; that is where you create new leaders.”

Getting personal: Shotwell, the daughter of a neurosurgeon father and artist mother, grew up in a northern Chicago suburb and got both her bachelor’s and master’s degree in mechanical engineering and applied mathematics from Northwestern University. She has two children from her first marriage. The 57-year-old Shotwell is married to Robert Shotwell, an aerospace engineer. Her net worth was estimated at $290 million by Forbes.