Female founders are sick of being compared to Elizabeth Holmes 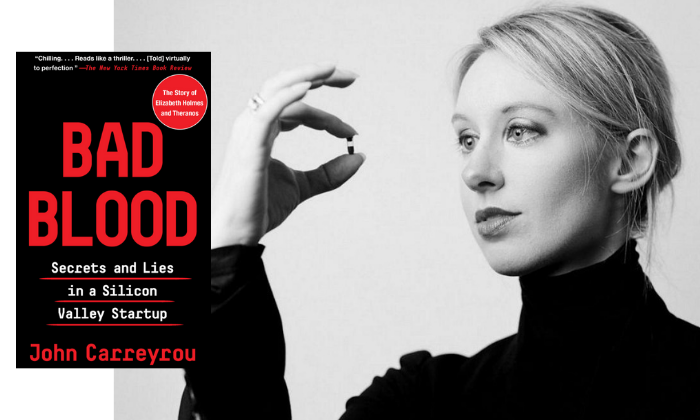 Imagine being constantly compared to a woman about to stand trial on charges that she defrauded patients, doctors and investors with a device she claimed could diagnose countless illnesses using one single drop of blood. If these allegations turn out to be true, that’s pretty evil stuff. Possibly even on par with the misdeeds of imprisoned “Pharma Bro” Martin Shkreli, who hiked the price of a decades-old life-saving medication by about 4,000 percent.

But while women entrepreneurs are routinely tasked with explaining to investors that, gender aside, there’s nothing about them or their businesses that resemble Elizabeth Holmes of Theranos infamy, we seriously doubt that male founders are being grilled about any likeness to Shkreli. Female founders told the New York Times that, with the Holmes trial now imminent, they are once again feeling the ripple effects of the case, with potential investors basically asking them to prove that they are not the next Silicon Valley horror story.

And, it’s not like the fundraising path for women was easy to begin with. “There was already a higher bar before Theranos because we don’t fit the pattern,” tech founder Falon Fatemi told the NYT. “This just makes it that much harder.”

Breaking: Time’s Up CEO Tina Tchen has resigned in the wake of the organization’s Cuomo crisis. Tchen made her decision to step down public Thursday afternoon. You can read her resignation letter (tweet) here. Earlier in the week, mega-producer Shonda Rhimes spoke up about the identity crisis unfolding at the beleaguered non-profit, founded to fight sexual misconduct and abuse. “Saving men, especially predatory men, is not on [the] Time’s Up agenda,” Rhimes said. Interviews with dozens of people involved with Time’s Up reveal that internal turmoil was already brewing well before the news of the Cuomo connection broke. As Time’s Up faces scrutiny and criticism for its conflicts of interest and ties to powerful men, some question whether it will survive the ordeal. [Variety, NYT]

A very bad morning at “Good Morning America.” Allegations of sexual assault and a toxic work environment at ABC’s GMA were made public this week. ABC News staffer Kirstyn Crawford is suing the morning show’s former top producer, Michael Corn, alleging in a lawsuit filed Wednesday that he assaulted her during a business trip in 2015 and that he attacked former ABC News producer Jill McClain about a decade ago. Corn denies the claims. The suit also names ABC as a defendant, saying that the network dismissed numerous complaints it received about Corn’s conduct. [WSJ]

Do you truck with trucks? Although driving big-rigs has traditionally been considered a male-dominated industry, a number of companies and organizations are seeking to change that. Why? There’s a shortage of willing workers. While the share of female drivers increased by 30 percent from 2018 to 2019, women truckers still make up only about 10 percent of drivers, Bloomberg reports. The industry is hoping to tempt more women with free training and self-defense classes to address safety issues like sexual harassment and assault. Women are safer drivers on average than men — hopefully, the road will be a safe place for them, too. [Bloomberg]

A sex scandal re-observed. Monica Lewinsky, former White House intern and notable anti-bullying advocate and speaker, is reclaiming her story. Popular on Twitter for her self-deprecating and ruthless wit, Lewinsky is a producer on Ryan Murphy’s latest installment in the FX anthology “American Crime Story: Impeachment” (remember: perjury is a crime). The show purports to show the events in question from the point of view of the women involved. If the behind-the-scenes details are any indication, this will be a searing indictment of how Lewinsky was treated as a 22-year-old intern involved with her much more powerful boss. It stars Beanie Feldstein, Edie Falco, Sarah Paulson, Margo Martindale and an unrecognizable Clive Owen as Bill Clinton. Pop the popcorn and secure your favorite spiked seltzer beverage, this cast is to lie for — er, to die for. Debuts Sept. 7. [Hollywood Reporter]

New York says “thank u, next.” The state swore in its first woman governor, Kathy Hochul, after now former Gov. Andrew Cuomo was ousted for sexual harassment. Her promotion highlights the challenges that women face in politics in the U.S., where 19 states have never had a female governor and only nine female governors are currently in office. With the appointment of two women as her top aides, constituents and New York officials are looking ahead to a brighter and more equitable future🤞. And, as for Cuomo — in a move some might call petty but we call predictable and necessary — he was stripped of the honorary Emmy he received for his leadership during the early days of the pandemic. “The difference between me and Andrew Cuomo? Neither of us is governor, but I still have my Emmy(s),” actor and former gubernatorial candidate Cynthia Nixon tweeted. [Axios, NYT, Variety]

1,853  women are competing in the Tokyo Paralympics this year out of a total of 4,403 athletes, setting a new record 🏆. Rio 2016 held the previous record for female Paralympians with 1,671 athletes at the Games.

46%  of gig economy workers are now women. The pandemic rapidly increased women’s share of the independent contracting workforce, which was just 33 percent in May 2017.

43%  of millennial women (ages 25-40) say remote work is very important to them. Women continue to make up the majority of caregivers and are loathe to give up the flexibility that remote work offers. Even though “nobody wants to hear about burned out moms anymore,” the pandemic is only getting worse for parents.

40%  — that’s the staggering pay gap between male and female board members at the U.K.’s biggest companies. Mind the gap, indeed. “Focusing solely on the percentages of directors that are women is not enough when trying to approach equality.”