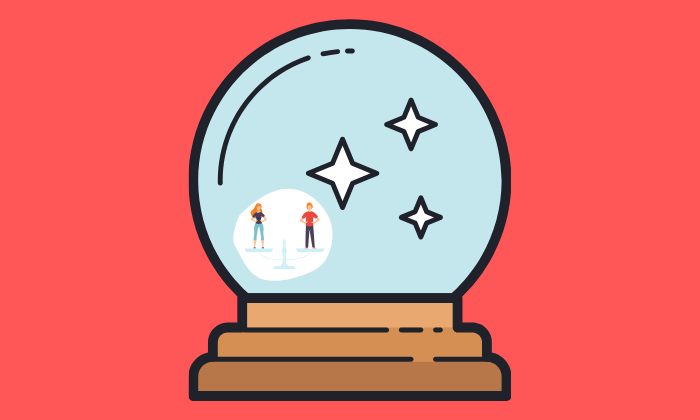 All things being equal, which they never are (hence our raison d’être!), Equal Pay Day 2021 would have looked about the same as it did last Tuesday, with women working full-time earning on average about 82-cents to every dollar earned by white males. The pay gap for women of color is even more extreme, with black women just earning 62-cents on the dollar.

Given the ways the novel coronavirus is wreaking its particular havoc, we’re fearful the economic gap is likely to get even wider across the board, pushing Equal Pay Day in 2021 — the date women have to work into the year to make what men did the previous year — even farther into the future.

The data on national unemployment claims has yet to be broken down by demographics, but, per Mother Jones, the indicators from states reporting their numbers are not looking good — two-thirds of those filing for unemployment in Minnesota, for example, are women, up from one-third pre-pandemic.

“The Covid-19 pandemic will have a disproportionate negative effect on women and their employment opportunities,” a new academic paper cited by the New York Times reads. In “regular recessions,” men are much more likely to lose their jobs as employment in sectors like manufacturing and construction drops, one of the paper’s authors told the Times, but the industries most affected by COVID-19 are largely staffed by women.

Then, of course, there is the childcare issue. With schools and daycares closed, the majority of the extra work caring for kids will fall on women. “Women already do three-times as much unpaid care work than men – and caring for relatives with the virus adds to the burden,” the World Economic Forum reported.

Forty percent of the world believes that men have more of a right to jobs when they are scarce, which certainly doesn’t bode well for women in the tanking economy.

Also, the widest gender pay gap exists among physicians and surgeons, according to Politico, meaning that the women fighting the coronavirus at the front lines are being paid substantially less than their male counterparts. Female doctors make 12 percent less than males in the profession and women nurses make 8 percent less. Solutions, according to the experts: “Salary transparency, diversity on selection committees, implicit bias training, teaching salary negotiating in medical school and targeted grants.”

“Unfortunately, in the wake of the coronavirus, issues like the gender pay gap take a backseat as people focus on their health and livelihood and businesses worry about the economy and whether they can remain solvent in uncertain times,” the CEO of compensation data company PayScale, Scott Torrey, wrote in a recent op-ed. This is already playing out in the U.K., where mandatory reporting on gender pay gap numbers was suspended for the year, though the government added the not-very-heartening assurance that (somehow) this would not derail progress on the equal pay front.

The other thing we’ve been pondering (read: worrying about) is that, with the almost sole exception of Deborah Birx, it’s men (mostly white men — see image at right) who are being put in front of the cameras at this time, who are the most prominent faces of leadership during this terrifying period. There are, of course, plenty of women leading the charge against coronavirus on multiple fronts, but they aren’t getting much camera time. This is sure to reinforce the views of the jaw-dropping percentage of the world population that believes that men make superior political leaders (50 percent) and are better business executives (40 percent).

On the other hand, given the disastrous incompetence visible at many levels of government and business (again, see image at right), could that have the opposite effect? Also on that other hand, perhaps this is a chance to start over, at least, to some degree? This new normal, with its more flexible working schedules — and, for those with children, both primary caregivers forced to stay home — could end up helping to even things out a bit in the long run. We look forward to gathering and reporting on more data as we try to sort out the ongoing impact of COVID-19 on workplace gender equality.