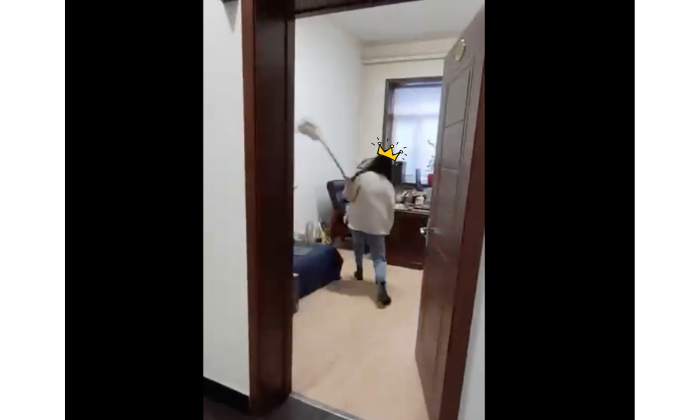 Gendered language really gets our goat 🐐

Is it just us or is it actually batsh*t crazy that, thanks to the male-dominated fields of science and medicine, female patients have for gagillions of years had to endure terms like “inhospitable womb” and “lazy uterus”? We were happy to read Mashable’s reporting this week on a new glossary of replacement terms for this very “outdated” — though it’s unclear when in history this phrasing would have ever been acceptable — and insensitive medical phrasing. “There was just an under-representation of women in medicine, making decisions and bringing attention to these types of things — that this language can actually be offensive,” Dr. Somi Javaid told the site.

Reading all this “incompetent cervix” talk brought to mind one of our fave oldie-but-goodie Boss Betty articles, which explores the damage seemingly harmless phrases like “man power” and “man hours” cause. Take a look, and watch your language!

Who hasn’t fantasized about beating their boss with the “business end” of a mop? A government worker in northeastern China whose boss allegedly sent her harassing text messages decided to clean up the mess herself, dumping water on said boss and batting at his head with a mop. Here’s the video. “This woman took matters in her own hands to protect herself. That her behavior is gaining so much attention is a reflection that there aren’t better ways,” said prominent Chinese feminist activist Lu Pin. [NYT]

McDonald’s is looking to restore some of the glimmer to its golden arches with anti-harassment training and standards. Over the past several years, scores of women have alleged that the burger behemoth has allowed a workplace “rife with sexual harassment.” The chain will begin evaluating its 39,000 restaurants next year based on new standards around harassment and retaliation and is implementing a new process for complaint reporting. [ABC News]

Media’s shift away from male domination? For the first time in its 170-year history, Reuters will have a woman editor-in-chief at the helm, Alessandra Galloni. Over at ABC News, Kimberly Godwin — who is currently a CBS News executive — will make history as the first Black woman to run the news division of one of the major broadcast networks. Last year, Rashida Jones became the first Black executive to lead a major cable news network when she was named president of MSNBC. HuffPost, Vox Media and Entertainment Weekly have also chosen women this year to run their newsrooms. [Axios]

Female scientists have had it. Numerous studies have shown that the negative impact of the pandemic on women’s work in scientific fields — the amount they are able to publish and number of clinical tries they are able to conduct, for example — has far outweighed what’s been experienced by their male counterparts. And the picture wasn’t exactly rosy vis a vis gender equity in science before the coronavirus hit. “My big fear is that we are going to have a secondary epidemic of loss, particularly of early career women in STEM,” said Michelle Cardel, a researcher at the University of Florida. [NYT]

Universal childcare could give a $130 billion boost to women’s earnings. A system that provides affordable and reliable care for children from birth to age 13 would help substantially narrow the gender pay gap and increase the overall economic security of women, according to a new study. An average woman with two kids could see an almost $100,000 increase in lifetime earnings if the U.S. had a universal childcare  program. [CNBC]

The Paycheck Fairness Act passed the House (again — fourth time’s the charm?). The proposed legislation, which was first introduced in the late ’90s, would require companies to prove that differences in compensation between employees are not based on gender and would enforce harsh penalties for violations, among other measures aimed at closing the gender pay gap. After passing the House this week in a 217-210 vote, the bill will now move on to the Senate, where it’s been blocked before by Republicans. [WSJ]

Show me the money: Maya Angelou and Sally Ride will appear on quarters next year. The acclaimed writer and first female U.S. astronaut in space will be the first two trailblazers to appear on a series of coins depicting notable American women. [Space]