Uber innovator Elon Musk has no doubt broken barriers when it comes to electric vehicles and commercial rockets, but his car company is behind the times when it comes to gender and racial equality in leadership roles, according to Tesla’s first diversity and inclusion report. 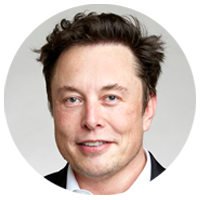 Women hold just 17 percent of Tesla’s leadership positions, defined as director-level and above — women make up about 22 percent of executives at other S&P 500 companies. While underrepresented communities make up the majority (60 percent) of the company’s overall workforce, they hold just one-third of leadership jobs. Black employees hold only 4 percent of upper-tier roles, as do Latinx staffers.

However, Tesla’s board chair, Robyn Denholm, is a woman (very unusual for an S&P 500 company, as we note above), and (as we note below), the day-to-day operations of Musk’s commercial space company, SpaceX, are run by a woman.

So, this is seemingly not a story about a man who is uncomfortable with putting women in very powerful roles, but rather one of a man who, at least for now, is being lazy about prioritizing advancing women in the industry, perhaps wrongly thinking that he has bigger problems to solve (colonizing Mars, for example) while not realizing that part of the key to making these dreams reality lies in, yes, advancing women in the industry.

“We know we have more work to do to be representative of the evolving U.S. population and we are committed to implementing the plans we’ve designed to get us there,” Tesla wrote in its report.