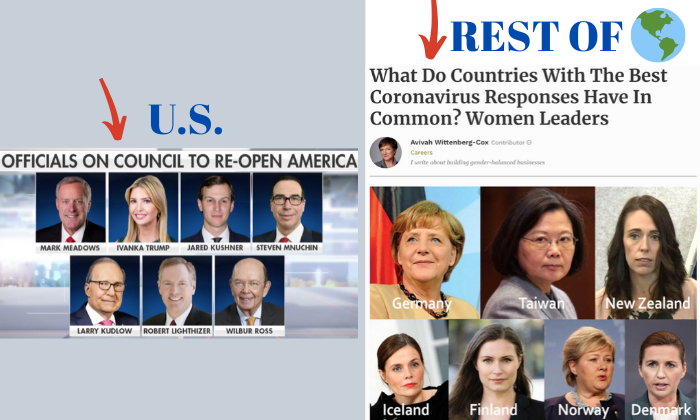 Yes, often a picture really is worth 1,000 words, so, we’ll keep this short and leave you each to your own (tortured, we hope/expect) ruminations on the above image: The current presumed makeup of the “Council to Reopen America” has one woman on it, Ivanka Trump (presented without comment). The countries best handling the pandemic all have female leaders. Oh, also, the mouthpieces for the current administration have yet to name a doctor, public health expert or real economist to the presumed lineup. And, nobody in the running — again, per reports on the Council’s expected members — appears to be a person of color.

P.S.  Check out this mean (as in awesome) Mashable roundup of “Council to Reopen America” memes.