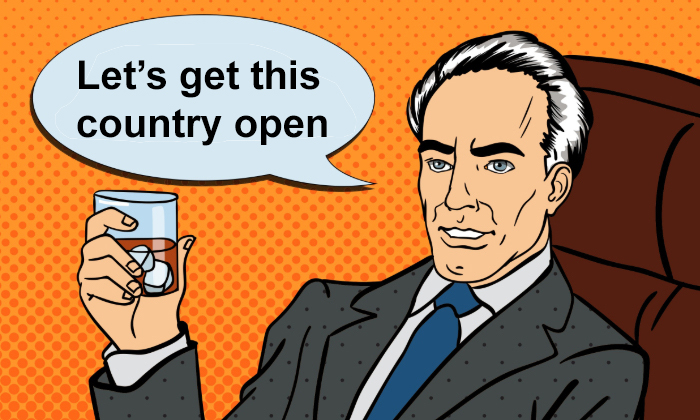 We all speak percentage fluently now, and we’ve all grown sadly accustomed to dismal numbers, so here are some more: President Trump appointed just 21 women out of 220 members to his pandemic-induced “Opening Our Country Council” — that’s less than 10 percent. It’s quite a puzzling figure since female leaders seem to be managing the coronavirus crisis better, women make up 50.8 percent of the U.S. population (census, says!) and women are losing jobs because of the pandemic at a higher rate than men. Presumably, the apparently better skilled, more impacted group would have at least an equal say, right?

The paucity of women appointed to Trump’s “Opening Our Country Council,” which has morphed into a coalition the White House calls “Great American Economic Revival Industry Groups,” reflects gender leadership gaps broadly speaking — about 6 percent of S&P 500 CEOs are women and just 27 percent of board seats at these companies are held by women, for starters.

But each industry in Trump’s coalition has C-Suite women at top companies just as qualified as the men included. So what gives?

Here’s the gender breakdown of appointees by industry group, beginning with those that include zero women:

Telecommunications — 0 women out of 6

Transportation — 0 women out of 10