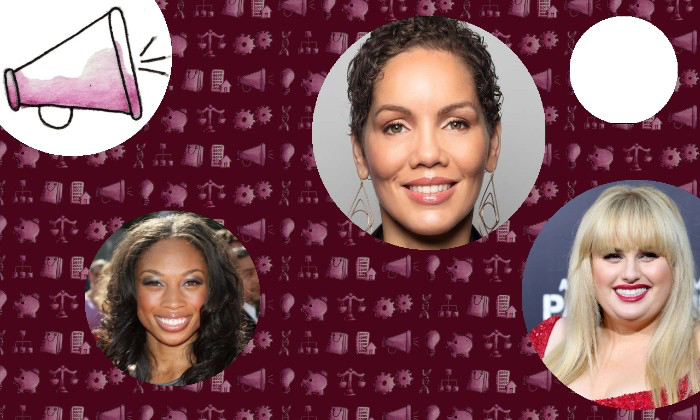 Did you watch the first round of this week’s Democratic presidential debates? Make sure to catch our (now updated) guide to where the candidates stand when it comes to issues of workplace gender parity. And, if you missed our dive into how activist investor Arjuna Capital is pushing Goliaths like Facebook, Google and Citibank towards pay gap transparency, what are you waiting for — read it now! If you’re looking for some mid-week inspiration — we get it, we are too — hit up this piece on how to score a board seat, and share it with your similarly ambitious friends. Relatedly, this Bloomberg piece discusses the idea of whether “overboarding,” as in serving on too many boards, is actually an issue for women. Their new research shows that companies with no women on their boards tend to recruit women who already serve on other boards, whereas that becomes less of an issue for firms with existing gender diversity among their directors.

ADVERTISING & MEDIA: Match CMO Ayesha Gilarde, with the help of Rebel Wilson and 72andSunny, launched a new campaign that gets real about the less-than-awesome aspects of online-dating [AdWeek]. Warner Bros.’ New CEO Ann Sarnoff talks about the weight of her new role and positioning the studio for the future. Sarnoff is the first female head of Warner Bros., which will turn 100 in 2023 [Variety]. A panel of female ad tech executives said that to get more women into the field, companies needed to place more value on key management traits including creative thinking and social skills. “It’s about trying to get people who can play translator to technology and having people recognize that that’s actually an incredibly viable career,” said Solange Claudio, president of Zenith US, Moxie and MRY [AdWeek].

FINANCE: There are very likely gender implications in the research pouring out linking the performance of professional fund managers to their individual behavioral traits and proclivities. This piece doesn’t get into that aspect, but provides a good overview of the new research and plenty of food for thought on the gender issue [Institutional Investor]. “Women excel in finance…[That] makes it particularly nonsensical that more funds have been launched by men called ‘David’ in the last five years than by women,” said Wincrest Capital founder Barbara Ann Bernard, who was featured as part of a “Spotlight on Women in Finance” series [Hedgeweek]

MANUFACTURING & RETAIL: Gap Inc.’s Athleta is sponsoring its first athlete, Olympic champion Allyson Felix, who earlier this year wrote an op-ed saying Nike wanted to reduce her pay by 70 percent after her pregnancy (not the first of such stories about the shoe brand) [CNBC]. Gucci’s new head of diversity and inclusion is Renée Tirado, who had the same post at the MLB [THR].

SCIENCE & HEALTHCARE: Castlight Health, a healthcare cost transparency company, announced that Maeve O’Meara will be CEO and serve on its board, and Siobhan Nolan Mangini will now be president in addition to keeping her role as CFO [PR Newswire].

TECH & ENGINEERING: Facebook’s Fidji Simo, who is in charge of the app, gave an interview in which she discussed reporting directly to Mark Zuckerberg, the social network’s rough ride over the past few years and what’s it’s like to wear such a heavy crown [Bustle, h/t Broadsheet]. Namrata Ganatra, senior director of engineering at Coinbase, has left her job, along with two other members of the engineering team. The company has seen a wave of high-level departures amid reported tensions at the top [The Information].