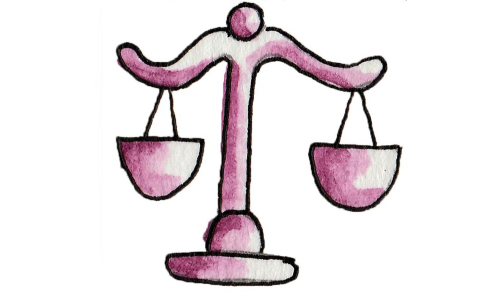 BIG LAW SAYS “ME TOO” TO #METOO PRACTICE GROUPS: Quinn Emanuel Urquhart & Sullivan launched a #MeToo-inspired practice group to represent victims of employment discrimination and sexual harassment. Partners Manisha Sheth and Diane Cafferata will head up the group [Bloomberg Law]. On the defendants side (as is more common), Kirkland & Ellis has cultivated its own #MeToo practice, but with a very specific angle — its expertise is in helping private equity companies manage harassment claims, whistleblower clauses and related issues [American Lawyer].

RECRUITING AT A DISADVANTAGE: Curious about how prospective female lateral hires feel about law firms that have been sued for sex discrimination (paging Jones Day, Morrison & Foerster , Winston & Strawn and oh so many others…)? Apparently it’s not a total no-go, but it certainly raises serious questions, recruiters say. “Firms need to speak directly to the potential fears a candidate could have if there’s an allegation out there,” Michelle Fivel, a partner at legal recruiting firm Major Lindsey & Africa, told Law360. The way firms respond to these suits — whether they attack the plaintiffs personally, for instance — is also a major factor in how much impact these suits have on prospective hires [Law360].

DIVERSITY UNIVERSITY: Jen Kirby, who’s the chief intelligence and knowledge sharing officer at Diversity Lab — the company behind Mansfield certifications — discusses how the program works to encourage Big Law to give more women and minority candidates leadership opportunities [ATL]. Several big law firms and 26 general counsels from top companies have banded together to establish a $5 million fund to tackle the lack of diversity in the legal industry. Orrick, Herrington & Sutcliffe; Goodwin Procter; Eversheds Sutherland; and Stoel Rives have agreed to participate in the project along with GCs from firms including Bloomberg, Ford and Starbucks [Corporate Counsel].

EXTRA, EXTRA: ACLU staff attorney Chase Strangio was the lucky date of LGBTQ advocate and “Orange is the New Black” actor Laverne Cox at the

Emmys on Sunday. Cox’s custom rainbow-colored clutch had “Oct. 8, Title VII Supreme Court” written on it in reference to three upcoming Supreme Court cases examining whether Title VII of the Civil Rights Act — which prohibits workplace discrimination on the basis of sex, race, color, national origin and religion — applies to LGBT individuals. Cox and Strangio took the opportunity to discuss the importance of the cases on the red carpet. “Everyone should be aware that the administration is asking the Supreme Court to make it legal to fire workers just because they’re LGBTQ,” Strangio said [ABA Journal].