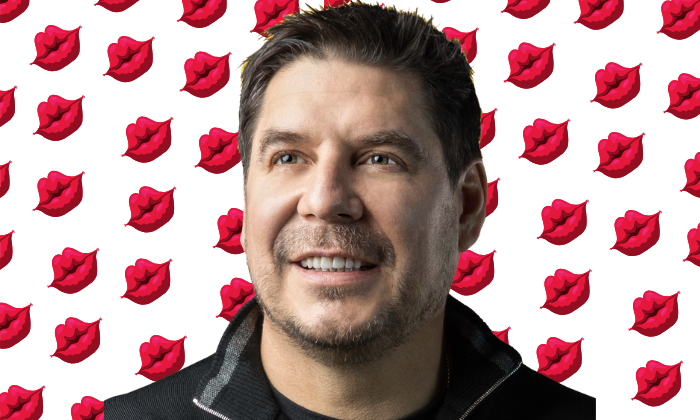 , who stepped up at the very widely reported all-hands meeting this week to ask about criticism the company has garnered when it comes to gender diversity.

Per the leaked transcript, the company’s new Executive Chairman Marcelo Claure answered all manner of questions at the meeting, ranging from inquiries of a practical nature like whether mass layoffs were imminent (um, “yes”) to those with a more existential bent, e.g. how will the company ensure that “we don’t lose our soul?” (answer: something, something, something, “accountability,” “total transparency” and, of course, “dashboards,” because tech).

Enter our hero, Employee 7 from the marketing department, again per the transcript:

“My name is [redacted]. I’m in the Marketing department … Something the company has received criticism for is gender diversity and lack thereof on our board and in our C-suite and in some layers of leadership. How do you think about diversity and inclusion efforts … Will that remain a focus? (audience applause).”

As you may recall, before things got dark (like, really dark) for WeWork, the office-sharing company was valued at around $47 billion and was headed for an IPO. When it unveiled its original filing to go public (called an S-1), it was revealed that its seven-person board was 100-percent male. Furthermore, the all-male board appeared to be almost all white, with the exception of Hony Capital’s John Zhao.

Following the subsequent negative publicity, the company filed an amended S-1 announcing that Harvard Business School Professor Frances Frei — something of a professional culture-fixer who did time at the similarly brotastic Uber in that capacity — would join its board when it completed its IPO. Obviously, said IPO never happened, and, when we reached out to Frei’s rep to ask whether she was currently involved with WeWork in any capacity, we were referred to WeWork’s PR department. They declined to comment, which seems like maybe a “no” since why wouldn’t you want to put it out there that someone with Frei’s credentials was on board?

So, back to this week’s meeting, which of course followed SoftBank’s takeover of WeWork, which followed the ouster of co-founder, CEO and Chairman Adam Neumann. In response to our hero, Employee 7 of the marketing department, WeWork’s newly installed chair Claure shared an anecdote from his first management meeting at the company, during which he said one of the topics of discussion was that “there were a lot of women in the room, right? I mean, I think it was a good percentage … I need to look at where are we today as it relates to the board, the management team, and all the areas of the companies.” We are very glad to hear that because, well, from what we understand, that doesn’t seem to be the case.

Back in the day (AKA last month), Adam’s wife Rebekah Neumann was co-founder and chief brand officer at the company, adding some sorely needed female representation to the C-suite (we can’t comment on the quality of said representation since we don’t have sufficient info). Now that she and her husband have been eighty-sixed, it seems that Jennifer Berrent, WeWork’s president and chief legal officer, is the last woman standing in the company’s upper executive echelon. WeWork has not responded to requests for confirmation on that point; however, references to other top female executives have not surfaced in previous reporting or public filings.

At the meeting, Claure — a seemingly impressive exec who is SoftBank’s COO and was previously CEO at Sprint — was joined by WeWork co-CEOs, Artie Minson and Sebastian Gunningham (how long their tenure will last is a question mark), neither of whom spoke, according to reporting. Claure was introduced by Miguel McKelvey, WeWork’s co-founder and chief culture officer. So that’s four visible dudes as far as we can tell from the transcripts (and reporting by other outlets). No women.

Credit to Claure for saying they need “a dedicated plan to make sure that this place is diverse” (he inherited this mess, he didn’t build it) but it rings a bit hollow when there are no women in power in the room and so few (one?) in the C-suite, right?

We’ll have to see what moves Claure makes in his new role, which, to be fair, he just started —  “this is hour one of day one,” as he said at the Wednesday meeting.

Oh, and also, we’re so glad our hero Employee 7 from marketing asked about the topic, but it must be said that, like the hero in every good story, ours is a slightly flawed one. In the full excerpt of the transcript (copied at the end of this piece), the staffer caveats the question about prioritizing gender diversity with “knowing that the company has a massive list of priorities to tackle first, like execution and profitability.” The error in this thinking is the assumption that there’s no connection between the two. Diversity has been proven in multiple studies time and time again to improve creative output and financial performance.

Unfortunately, Claure — like pretty much every exec at every company the world over, hence the problem — also subscribes to this perspective. In his answer, the WeWork chair said, “To be honest, when a company is on the verge of running out of cash, do you care about diversity? No.” Again, there’s no acknowledgement that diversity and performance are tied together, and this thinking is part of an entrenched unconscious bias that will continue to harm everyone — and the bottom line — until we bravely break out of it.

Speaking of brave, apparently, it was the women who really stepped up at the meeting, per this comment from Claure: “Have you realized that most of the questions are being made by women, who are totally brave?” We want to say “YAS” but is there something that feels a little condescending about this? Are you thinking we could find sexist condescension in a cardboard box? Well, maybe we could, my friend, but guess what? That’s because it’s probably there because it was built into the very structure of that box — the water that helped make the paper that was turned into pulp that made the cardboard that built the box (or however cardboard is made). Now, it’s time to TEAR IT UP AND RECYLE IT.

Below is the full excerpt we reference from the Recode transcript with both Employee 7’s comments and Claure’s:

Employee 7: “My name is [redacted]. I’m in the Marketing department. Thank you for being here with us today. It’s a big deal. It’s your first day, first hour. Something the company has received criticism for is gender diversity and lack thereof on our board and in our C-suite and in some layers of leadership. How do you think about diversity and inclusion efforts and knowing that the company has a massive list of priorities to tackle first, like execution and profitability. Will that remain a focus? (audience applause).”

Marcelo Claure: “It should be. And before I address all of you, I had a, I call it my first management meeting. And one of the topics that we talk is that there were a lot of women in the room, right? I mean, I think it was a good percentage, and I need to look at where are we today as it relates to the board, the management team, and all the areas of the companies. And we should make it, you know, we should put a dedicated plan to make sure that this place is diverse. Not only men, women, but also, you know, one thing that I learned is we should always, the management team should be a representation of the customers that we serve, right? And we’re going to try to work on that to make sure that we have a good representation, because that way we can always, you can only serve your customers better if they’re appropriately represented in your management team.

And we’re going to put a real effort to make that happen. And it’ll be one of the priorities as long as other such as you were very clear, cashflow and profitability, and I want everybody to know this from a cashflow and profitability perspective. Don’t get confused again that, hey, these guys are coming just to try to strike some profit and all that. We’re not. We want this to be a growth story. We want this to be an amazing comeback story, but I understand that the markets are no longer interested in growth companies. And believe it or not, we have created that, right? So we’re going to have a plan that addresses growth, that addresses customer satisfaction, that address employee satisfaction, but at the end, if we execute all that right, then the results, all that will translate into financial results, which means companies are in the business of generating free cash flow so they can deliver it to shareholders and so they can reinvest in growing the business.

This cannot be a business that, ‘Hey, we want to grow, we got to raise more money and more money.’ The money worries should be gone by now, right? We have everything that we need financially to go fund this. So now you know, we will look at diversity. To be honest, when a company is on the verge of running out of cash, do you care about diversity? No. This would be why the last two, three weeks were so crucial in terms of finding, I say taking back the company, you know, to our own hands. Now that that’s secured, we started looking at other things and diversity will play a key part into it.”