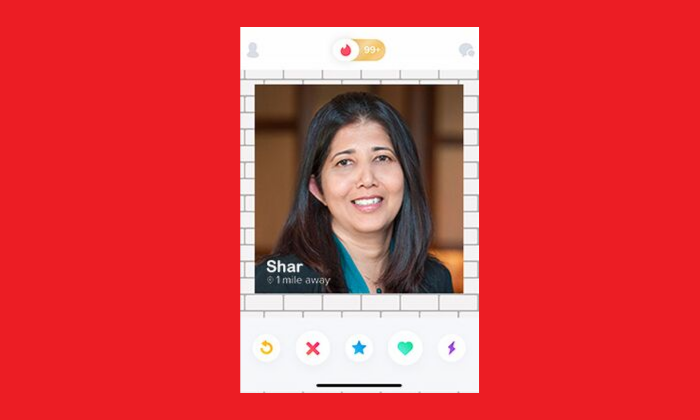 Match Group, led by CEO Mandy Ginsberg, swiped right last week on its president, Shar Dubey, appointing her to the online dating conglomerate’s board of directors.

Dubey’s new position comes as Sam Yagan, who previously served as both vice chairman and CEO of Match and co-founded OkCupid, resigned his seat, according to an SEC filing. No reason was given for his departure from the board.

In addition to its eponymous dating site, Match owns Tinder, Hinge, OkCupid and PlentyOfFish, among other dating sites and apps.

“Sam has been a formidable leader and trusted advisor in the various roles he’s held at OkCupid and Match, including most recently as a Director. We are grateful for all he’s done for us, and wish him all the best,” said Match’s chairman, Joey Levin, in an emailed statement. Levin, who is the CEO of IAC, called  Dubey a “a force to be reckoned with” and went on to say that “she has an almost unparalleled understanding of the business, grasp of product, and strategic insight that will be critical to the Board and Match’s continued growth.”

In other breaking Match news, the Federal Trade Commission announced Wednesday that it is suing the company, alleging that it allowed fake messages to be sent to consumers to encourage subscriptions.

“We believe that Match.com conned people into paying for subscriptions via messages the company knew were from scammers,” said Andrew Smith, director of the FTC’s Bureau of Consumer Protection. “Online dating services obviously shouldn’t be using romance scammers as a way to fatten their bottom line.”

Match issued a statement of its own saying that, “The FTC has misrepresented internal emails and relied on cherry-picked data to make outrageous claims and we intend to vigorously defend ourselves against these claims in court.”