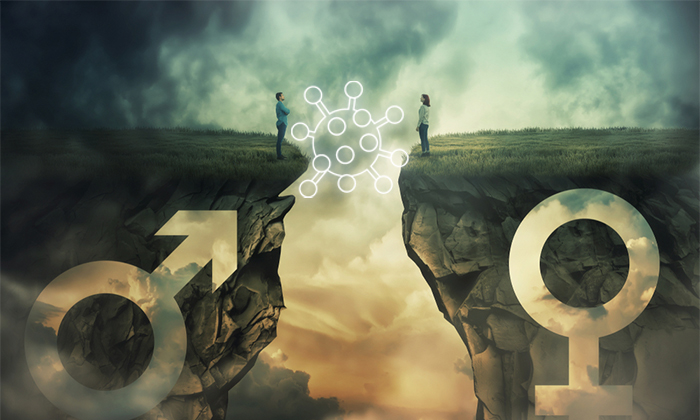 The pandemic-induced widening of the worldwide gender gap is a major threat to the global economy, according to a recent McKinsey report.

Women’s jobs worldwide are 1.8 times more vulnerable to the coronavirus crisis than men’s,  the report says. While women make up 39 percent of global employment, they account for 54 percent of overall job losses. If this “gender regressive” situation is not fixed, global GDP growth could take a $1 trillion hit by 2030 — and, potentially worse if the possibilities of a longer recovery or reduced spending on social services become realities, the report’s authors note.

A major factor contributing to the decline of women in the workforce is the well-documented fact that unpaid work — such as caring for children or relatives and cooking and cleaning — is still disproportionately done by women, leading to their accelerated departure from jobs amid the pandemic. Women are also more likely to work in industries that are harder hit by the coronavirus crisis, including education, retail and manufacturing.

“Our analysis finds that the gendered nature of work across industries explains one-fourth of the difference between job-loss rates for men and women. The lack of systemic progress to resolve other societal barriers for women explains the rest,” McKinsey reports.

In the “do nothing” scenario gamed out by McKinsey, reduced female participation in the world’s workforce without any action to mitigate the problem would put the global GDP $1 trillion below where it would have been in 10 years had men’s and women’s employment been equally affected by the coronavirus. Thirty-three million fewer women would be employed in 2030 because of the lasting effects of the pandemic in the “do nothing” scenario.

In the “take action now” scenario, the world stands to gain $13 million in GDP growth in 2030 relative to the “do nothing” scenario. What does “take action now” look like? Reducing the gender imbalance in child care (e.g. family-friendly corporate policies, state-funded provision of care, changing social norms…); closing the digital and financial gender gap (e.g. measures to promote gender diversity in funding for women entrepreneurs, a focus on women-owned enterprises under the stimulus programs…); and addressing attitudinal biases (this one is more difficult to implement but requires enlisting governments, businesses and other stakeholders to change prevailing patriarchal attitudes about women and work).