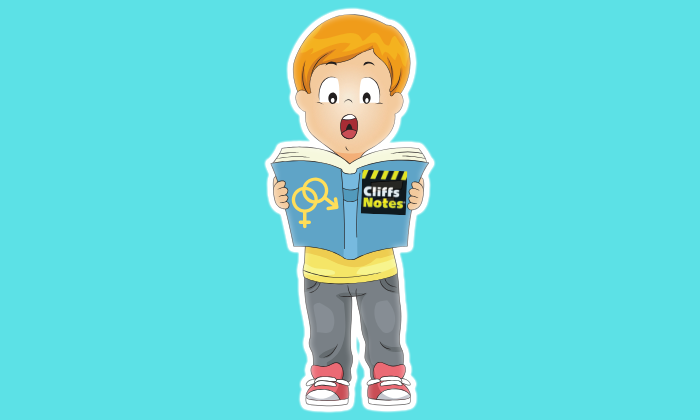 The U.S. has the largest economy in the world but when it comes to creating the conditions that foster economic gender parity, we’re just not cutting that Grey Poupon. We probably wouldn’t even cut the French’s Yellow Mustard. In fact, we’re pretty much trash when it comes to overall gender equality, to the tune of landing at #51 in a ranking of 149 countries by that measure in a 2018 World Economic Forum Report.

Globally, we’re looking at just over 200 years before the world reaches gender equality, meaning everyone we know and can imagine will be way dead if/when it happens (also, maybe, the planet). In an effort to put a little back into it, Canadian Prime Minister Justin Trudeau — whose country had the G7 presidency last year — created the G7 Gender Equality Advisory Council, which consists of 35 members ranging from Nobel Prize laureates to heads of international NGOs and large companies and artists, too. French President Emmanuel Macron, who is hosting the G7 summit this year, renewed the Advisory Council with the same members. (The Trump administration, for its part, was reportedly not psyched that gender would once again play a role in the summit.)

This past weekend, the Advisory Council urged the leaders of the G7 (the U.S., Canada, France, the U.K., Germany, Italy and Japan, as of course you well know) and other countries to implement and monitor legislation promoting gender parity in a set of recommendations that spanned 79 “good practices in gender equality laws.” The proposals covered four areas: violence, economic empowerment, education and health and discrimination.

“This is not a women’s issue; it is everyone’s issue. The Council urges G7 Leaders to be as brave as girls and women are every day.”

More than 2.5 billion women and girls are affected by discriminatory laws and a lack of legal protections, according to the proposal, which persuasively argued, “This is not a women’s issue; it is everyone’s issue. The Council urges G7 Leaders to be as brave as girls and women are every day.”

In keeping with Boss Betty‘s purview, we’ll focus our Cliffs Notes edition of the report on the recommendations most relevant to women working in business in the U.S.

Globally, the gender wage gap still sits at an average of 20 percent. About 64 percent of women work versus 94 percent of men. Closing the gap could add as much as $28 trillion to the global annual GDP by 2025.

Legislation and women’s economic empowerment: Enacting laws that protect women from systemic discrimination is key to equality. As the paper notes, it’s not enough to just draft and pass these laws, they “must also be effectively enforced. Today, too many laws remain a reality on paper only.” In the U.S., the Paycheck Fairness Act — which would help close the pay gap — made it through the House but is currently languishing in the Senate. It’s been proven time and again that the existing laws do not have the teeth to get the job done. (In many countries, discriminatory laws exist that make it absolutely impossible for men and women to be equal in the labor market: In 18 countries today, husbands are allowed to forbid their wives to work.)

Recognizing, reducing, and redistributing unpaid care work: The U.S. is the only advanced economy without mandatory paid parental leave. This is not a category you want to solo in. Every other nation except for us and Suriname, New Guinea and a few South Pacific island countries have it. Globally, about 22 percent of working-age women do full-time unpaid care work — whether for a child or infirm relative — versus 1.5 percent of men. Mothers with young children participate the least in leadership positions — about 25 percent – whereas 75 percent of their male counterparts have managerial roles. Redistributing care work is critical to achieving economic gender equality, the report repeatedly emphasizes.

Women’s leadership: It’s imperative to do the necessary work to make sure women are in top roles in both the private and public sectors. The report’s thinking is that this will be self-perpetuating equality work because women in a position to do so will enact policies that help close the gap, whether instituting paid leave at a private company or advocating for pay gap legislation in the public sector.

Improving access to capital and property: Much of this section is not relevant to U.S. workers; however, the Advisory Council does note that paid parental leave is an important component in creating equal opportunities for accessing and accumulating capital.

Laws that set an example

Equal pay for equal work: Iceland is a leader in this area, with legislation mandating all organizations with a staff of more than 25 to prove equal pay or face a fine. This is enforced by a certification process every three years that is monitored by an external auditor and supplemented by a public whistleblowing system. France recently passed equal pay legislation requiring companies to evaluate themselves using an index made up of five work equality indicators — average pay gaps, average promotion rate and number of women in the top 10 highest paid employees, among them — with a harsh financial penalty if a minimum score isn’t achieved.

Sexual harassment: Sexual harassment in the U.S. has been illegal for decades (thanks to Title VII of the Civil Rights Act of 1964) but the government has not been particularly active in stopping it or ensuring the protection of victims. State laws vary when it comes to what regulations companies must follow. Generally, this area is a work in progress the world over. Recently, Ontario, Canada, enacted fairly comprehensive laws defining and banning sexual harassment in the workplace and providing restitution to victims, including monetary compensation for “injury to dignity, feelings, and self-respect.”

Parental leave & childcare coverage: Hold onto your hats: Sweden offers 480 days of subsidized leave per child, most of which parents can divide up as they like, with 390 days covered by the government at a rate of 80 percent of an employee’s salary; Japan just started paying for the education of all children 3 to 5 years old; Germany passed paid parental leave laws in 2007 and added financial incentives in 2015 for parents who share parental leave and work periods simultaneously (the percentage of dads who take a minimum parental leave of two months has gone from 7 percent to 36 percent since 2007); and Paraguay passed a law in 2015 ensuring 18 weeks of fully paid maternity leave.

Equal participation in corporate governance: France has had success with a law requiring that women make up 40 percent of the boards of large companies (firms with 500 employees or more and revenues of about $550 million and greater) and penalizing those that don’t comply. Norway has the same threshold for the percentage of women on executive boards, with one of the repercussions for non-compliance being the dissolution of companies not meeting the quota.

Women’s representation in the labor force: Women do the overwhelming majority of unpaid care work; collecting data on this work is the first step in giving it the appropriate value and redistributing it. Colombia collects data on unpaid care work every three years at a minimum and incorporates it into national economic statistics. Sweden enables more women to return to work after having children by providing a monthly allowance for children up to age 16, offering free childcare and free education for children up to age 6.

The confidence gap: Motivating women to join STEM industries, which are growing rapidly and where females are very underrepresented, is an important element in working towards a gender-equal future, the report says. The INSPIRE Women Act in the U.S. directs NASA to pursue initiatives that encourage females to study STEM subjects and consider careers in aerospace. “Mentorship and outreach are crucial in recruiting girls and women into STEM, yet it has been noted that these policies fail without adequate funding to sponsor girls and women in these fields,” the report reads.

Female entrepreneurship: Globally, women received only 2.2 percent of the capital doled out by investment funds last year. The report suggests that venture capital investors include more women on the teams that decide who gets funded, focus on companies that have women in leadership at stages from seed to scale and invest in analytics tools that will help them monitor how they’re doing with gender diversity. When it comes to diversifying suppliers, the U.S. passed the “Women-Owned Small Businesses/Small Business Act,” which increased the value of public contracts awarded to women from $15.4 billion in 2013 to $20.8 billion in 2017. Canada is taking similar steps and has the goal of doubling the number of women-owned businesses by 2025.