Equality in the time of coronavirus.

We still gotta werk werk werk despite that C-word. And, also, because of it. Why? Because it’s all connected. The way roles in society have been gendered historically, both at home and in the workplace, means that women are at a disproportionate risk of being impacted by COVID-19 — both medically and in terms of severe disruptions to daily life — and that could have disastrous knock-on effects.

The vast majority of those on the healthcare front lines are women, which puts them in direct contact with the virus. And, the majority of women are in lower-paid, less “exulted” positions than men. Nurses (more than 90-percent female), for instance, are at a much greater risk of exposure than doctors.

Schools are closing across the country, and, since handling childcare still falls much more often to women, it’s women who will be missing work/pay/sleep/sanity. The responsibility of elder care, too, lies largely with women, making the pandemic situation a double-whammy given that older people are the most vulnerable to coronavirus.

Women also hold a higher percentage of the types of jobs that are vulnerable to cutbacks and downsizing, exacerbating the potential economic impact on us.

Here are some sucky IPO numbers you should probably be aware of.

The markets are awash in frightening numbers and we’ve got another one to add to the steaming pile: Just 15 percent of board seats at the companies that have gone public this year are held by women. One of the companies that IPOed, California-based pharmaceuticals manufacturer Arcutis, did so with zero female directors, in violation of the state’s new law banning all-male boards.

While 2019’s biggest IPOs saw a record increase in the share of women board directors, this year’s numbers — so far — seem to indicate that true momentum on that front has yet to get solid traction. Last year, women held 21.9 percent of board seats in the top 25 largest IPOs, up from a paltry five-year average of just 10 percent. Those numbers tally the biggest IPOs so can’t be directly compared to this year’s stats — bigger companies typically have more accountability (though not always!) and therefore better gender representation — but things are surely heading in the wrong direction.

Meanwhile, Facebook, which only recently missed out on a chance to diversify its board of directors by appointing yet another white male, righted that wrong by adding two female directors to bring the board to 40 percent women: Estée Lauder CFO Tracey Travis and former government official and top McKinsey executive Nancy Killefer joined the board of the social network.

But guess what my non-dudes, it’s not a dude who’s the probable next-in-line for the throne — despite the fact that the bank is being led in the interim by two male execs.

Marianne Lake, who runs the company’s consumer lending unit, and Jennifer Piepszak, the bank’s CFO, are rumored to be potential successors to Dimon. However, the bank’s CEO isn’t likely to be going anywhere any time soon (and we certainly don’t wish him ill health!). Dimon has maintained an Iron Throne-like grip on his role, weathering all kinds of professional and personal crises (including the Great Recession and throat cancer).

Respect to the Silence Breakers, who put a powerful rapist in jail for 23 years. 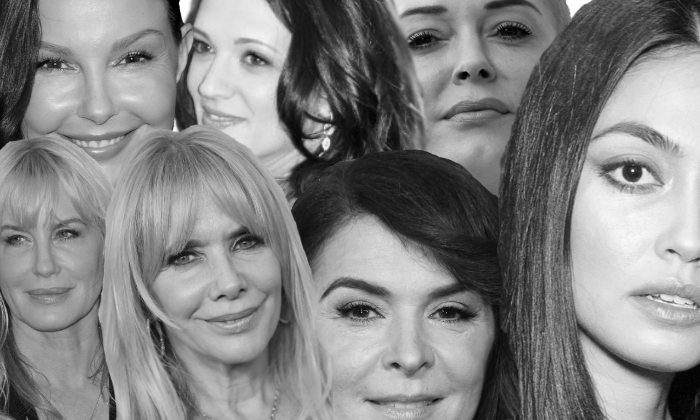 Harvey Weinstein was sentenced to 23 years in prison for rape and a criminal sexual act. Justice James Burke could have sentenced the once-powerful producer to as few as five years and a maximum of 29. The judge’s sentence delivered a decisive indictment of the ex-mogul’s record of sexual abuse.

Weinstein addressed the court for the first time prior to the sentencing, saying, in reference to the #MeToo movement, that, “We may have different truths but I have remorse…for all of you and for all the men and women going through this crisis right now in this country.” The once-celebrated producer went on to say that the way the #MeToo movement has unfolded has made him “worried about this country in a sense, too.” He did not apologize to his victims.

The six women who testified against him — Dawn Dunning, Miriam Haley, Jessica Mann, Annabella Sciorra, Tarale Wulff and Lauren Young — sat together in the front row of the courtroom, some of them in tears, as the sentence was announced. Afterward, the prosecution praised the lengthy sentence.

There is still the matter of the four charges of sexual assault that Los Angeles County filed against the producer. The LA district attorney announced that the process of extraditing Weinstein to California to face those charges had begun. Weinstein is currently at Bellevue Hospital following chest pains after the sentencing.

For a full look-back at the trial, read our complete timeline here, starting at the bottom.