Fun fact: The first issue of Reader’s Digest was published exactly 99 years ago this month by Lila Acheson Wallace and her husband Dewitt Wallace. Rumor has it that Acheson Wallace turned down Dewitt’s initial marriage proposals, but when he sent a telegram from Minnesota to her temporary home in New York reading, “Conditions Among Women Workers in St. Paul Ghastly. Urge Immediate Investigation,” she finally capitulated. The two married in 1921 and the next year began publishing what would become the country’s best-selling consumer magazine for decades to come.

👉Should we stop telling ourselves we have imposter syndrome?: You know that, “I’m a total fraud I can’t believe anyone even let me in the door” feeling that you sometimes (or often or maybe all the time) get at work? Wasn’t it nice when it turned out there was an actual name for it? Maybe too nice, it turns out. Like, the not-very-helpful kind of nice.

“Even if women demonstrate strength, ambition, and resilience, our daily battles with microaggressions, especially expectations and assumptions formed by stereotypes and racism, often push us down,” reads this piece by Harvard Business Review. “Imposter syndrome as a concept fails to capture this dynamic and puts the onus on women to deal with the effects.”

We like how the article flips the script — while it seems like acknowledging imposter syndrome is liberating and therefore empowering, perhaps it’s really just another tool to make women blame ourselves for what’s actually the very real institutional sexism that makes us feel this way in the first place?

👉Breaking News⚡️- More allegations of sexism in big tech: Okay not breaking news at all, but perhaps nearing a breaking point considering the heaps of trash news that continue to pile up on this front. In a series of tweets Thursday, now-former Mailchimp principal software engineer Kelly Ellis accused the email platform (which, btw, we are using for this newsletter) of sexism, bullying and pay discrimination. Business Insider reported that Ellis quit the email service provider Wednesday after a conversation with the company’s CTO regarding compensation “went south.” Boss Betty reached out to Mailchimp for comment (as did BI) but did not hear back.

Ellis is part of the ongoing gender pay discrimination suit against Google, where she worked as a senior software engineer for more than four years, according to her LinkedIn account. That suit is currently seeking class-action status; meanwhile, Google just settled a separate pay discrimination suit, this one launched by the Labor Department, for $2.6 million.

The accusations by Ellis follow a laundry list of similar claims levied against tech companies from Pinterest to Google. In December, Pinterest agreed to a heretofore unheard of $22.5 million payout in a gender pay bias suit brought by its former COO Francoise Brougher. Read about why the settlement did not sit well with everyone. Earlier that month, Timnit Gebru — who was the co-leader of Google’s ethical AI team — tweeted that she was fired for speaking up about gender and racial discrimination at the search behemoth. News broke yesterday that the department will now report to Marian Croak — “a prominent Black executive in the engineering department,” according to the Verge — as the company looks to move on from the controversy.

Relatedly, unions are popping up at many of these tech companies, with the content platform Medium the latest to jump on the organize-to-protect-workers bandwagon.

👉The opposite of bumbling-to-billionaire status: Honestly, it seems like plenty of men have failed their way into billionaire status — we’ve personally met a couple along the way, and certainly we’ve all been privy to one very public such personality over the past, um, let’s say… four years.

Wolfe Herd is very intentional in her career moves — she left her co-founder role at Tinder because of discrimination and sexual harassment, she said — and the way she built her dating app business speaks to that experience and her intentionality: “The Bumble brand was built with women at the center—where women make the first move. We are rewriting the script on gender norms by building a platform that is designed to be safe and empowering for women, and, in turn, provides a better environment for everyone.” Swipe right.

👉About that Olympics sexist BS: Remember how we awarded a gold medal 🏆 in jackassery to the Tokyo Olympics chief, Yoshiro Mori, who said that women talk too much in meetings and he finds it very annoying? Well, he’s gone (a big “Bye Felicia” 👋to him). His resignation was somewhat surprising, according to the Financial Times, because, in similar cases in Japan, men are used to a simple prescription of issuing a rote apology followed by giving the press a beating for making a big deal of the thing in the first place and then just moving on. So, progress, we guess?

Japan is ranked 121st in the world on gender equality by the World Economic Forum, just about 30 spots from dead last. Mori’s comments are part of that story. Further illumination is provided by the country’s scramble to find a fitting replacement for Mori of the female persuasion. The Tokyo Olympic Organizing Committee selected Seiko Hashimoto (pictured), a former athlete, for the job, but she was already serving as the Olympic minister in the prime minister’s cabinet and had a role overseeing the gender equality portfolio, so then it was a scramble to find replacements for her — and there were not a lot of options.

“Having to cannibalize the cabinet to find a woman to save the Olympics from clueless octogenarians speaks volumes about the low status of women in Japan,” Machiko Osawa, a labor economics professor in Japan, told Bloomberg. Whether Mori’s resignation and the appointment of a woman Olympics chief was a step forward for the country or a one-off remains to be seen. The fact that, just this week, Japan’s ruling party said women would be allowed to join key meetings, but only as silent observers, does not bode well.

👉RIP The Wing as we know it?: The flexible office space company IWG (which owns the more familiar Regus brand) took a controlling stake in the women’s coworking/networking company The Wing last week. As The Cut opined, this might be the end of a “chapter in the annals of girlboss capitalism that feels increasingly remote.” The article went on to describe The Wing as an “artifact of the Trump era” when “pop-feminism established itself ever more firmly as a brand.” 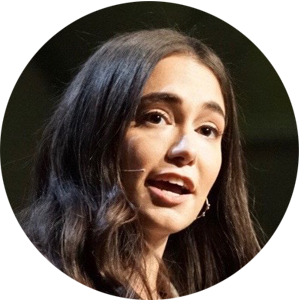 Last summer, The Wing CEO & Co-founder Audrey Gelman resigned from her executive role amid an uproar over treatment of employees of color. “The decision is the right thing for the business and the best way to bring The Wing along into a long overdue era of change,” she wrote in an email to staff at the time.

IWG CEO Mark Dixon said that he will use his majority stake to empower “future generations of female entrepreneurs,” allowing The Wing — which was reportedly close to bankruptcy amid the pandemic — to expand across the U.S. and internationally. We’ve always felt ambivalent about The Wing (and do read The Cut’s piece, “What Was the Wing?“) but this news is deflating. We wish it had stayed in the hands of the women who founded it.

👉Grab bag 🛍: La-Z-Boy will soon get its first female CEO with the promotion of its CFO Melinda Whittington to the top spot when long-time chief Kurt Darrow retires in April [Reuters]. Women make less in the gig economy — 10.5 percent less than men, according to a recent study [The Lily]. The World Trade Organization selected Ngozi Okonjo-Iweala to be the first woman and first African as its leader [Bloomberg]. Wall Street’s first female big bank CEO, Jane Fraser, has to fix Citigroup. It will be a very tough job [NYT]. For the first time, KPMG has appointed two women, Bina Mehta and Mary O’Connor, to run the multi-national accounting firm following Chair Bill Michael’s resignation Wednesday after controversial remarks made earlier in the week. He reportedly referred to the concept of unconscious bias as “complete crap” and berated staff to “stop moaning” [Financial Times]. White House aide resigns after sexist threats to a reporter [AP]. And finally, ICYMI, read “I Left My Career in Prestige Media Because of the Sh*tty Men in Charge and They Are Still In Charge and Still F*cking Up.” This sh*t is neverending — read the comments for similar stories that you will definitely relate to, regardless of what field you’re in [Medium].