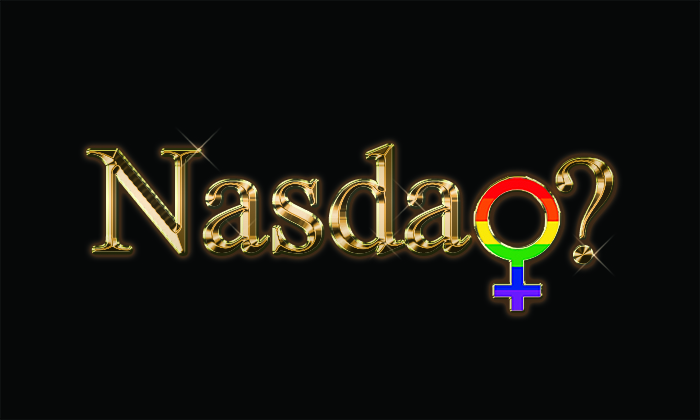 Way back in September, Boss Betty asked Nasdaq CEO Adena Friedman whether she thought it was a good idea to mandate board diversity at the federal level, along the legislative lines of California’s requirement that the state’s public companies have a least one woman board director. She replied that the U.S. Securities and Exchange Commission would have to make such a move and didn’t seem to have particularly high hopes that that would happen.

“I think that certainly what California has done could be groundbreaking for this country. If there is a federal requirement then it would have to be done by the SEC and that’s not an area that I’ve seen them focusing on in recent years,” she said, answering the question Boss Betty had chatted to the moderator at a virtual conference hosted by The Information. “At the end of the day, it could also become something that the exchanges choose to consider.”

Well, that day has arrived — at least for the Nasdaq. On Tuesday the exchange requested permission from the SEC to require that Nasdaq-listed companies have at least one female board director and one otherwise diverse director, defined by them as an underrepresented minority or a person identifying as LGBTQ+. The proposal also includes plans requiring listed companies — there are around 3,300 currently trading on the Nasdaq — to publicly disclose their board diversity stats.

Three of the biggest 25 companies to IPO in the first half of the year had zero female directors and the overwhelming majority of them — 20 companies — did not have any BIPOC woman directors, according to an analysis published by Boss Betty and Ms. Magazine. An internal review conducted by Nasdaq showed that more than 75 percent of its listed companies did not meet the minimum standards the exchange is looking to enact. Part of the package the Nasdaq submitted to the SEC included data on the positive link between more diverse boards and better financial outcomes.

The process of transitioning boardrooms from the purview of mostly white males to a more diverse group has been unfolding, slowly, on multiple levels over the past few years. Several countries outside the U.S. have been aggressive in their push for change — Germany just instituted mandatory board quotas for women and countries including Norway and France have long had such regulations. In the U.S., about a dozen states have enacted or are in the process of enacting board diversity legislation. At the company level, investment institutions including Goldman Sachs, State Street and BlackRock are pushing the companies they work with towards more board diversity.

While these diversity pushes at the state and organizational level are demonstrably affecting change, mandating more boardroom gender and racial equality at the federal level would be more effective. Speaking at the conference in September, Friedman noted that if the SEC were to institute board diversity requirements rather than individual exchanges, it could enable a “broader mandate” encompassing both private and public companies since the commission also has regulatory oversight over the private equity and venture industries.

If the SEC approves Nasdaq’s board diversity proposal — there will be a public comment period before the commission makes a decision — companies on the exchange will have one year to disclose board-level diversity data and a second year to secure at least one diverse director. The requirements then vary according to listing tier. Companies that do not meet the requirements face delisting; however, the exchange said it will allow those organizations to explain why they don’t meet the conditions, including if a company has a different “diversity philosophy.”

When asked whether Nasdaq’s proposal goes far enough, Lorraine Hariton — president and CEO of the global nonprofit Catalyst, which helps businesses build workplaces that are more inclusive of women — said that her organization supports “any effort that encourages organizations to diversify their boards,” adding that, “countries and companies need to achieve gender diversity on boards in ways that work for them.”

While it seems very unlikely that the SEC will institute board diversity quotas at the federal level any time soon — there’s the small matter of the incoming administration needing to appoint a new chair of the commission, for one — the NYSE, the world’s biggest exchange, could adopt a similar position to the Nasdaq’s. A spokesperson for the NYSE would not comment directly on whether it was considering such a move, saying only that the exchange actively works to identify diverse director candidates for its listed companies.